IF THE QUIZ DOESN'T START ON YOUR MOBILE DEVICE, CLICK HERE

ProProfs Quiz- How well do you know Eurovision's Big 5? The Grandi Cinque's Karma Quiz
No comments:

Grandi Cinque’s Karma
Ever since the new millennium
Infamous Y2K
We are the fallen kings
We are the privileged of May
Sweden wants to be one of us
For that you have to pay
It’s not a special treatment
Just profitability
Big 5 is what we are or last placers anonymous
Lord Webber, write a song for us
Not just for the UK
Only you can save the day

Email ThisBlogThis!Share to TwitterShare to FacebookShare to Pinterest
Home
Subscribe to: Posts (Atom)
A parody of "Occidentali's Karma": Italy's 2017 Eurovision Song Contest entry and possible winner of the year. 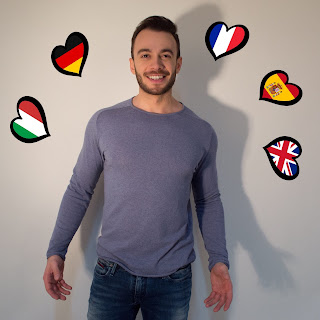 Please follow me to stay updated on a much bigger, Eurovision related project.